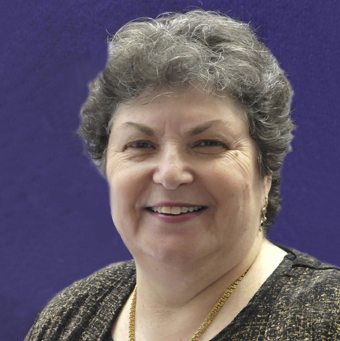 The gist of the story was that a 15-member, mother-daughter volunteer group wanted to spend a day helping their local Habitat for Humanity (HFH) affiliate build a home. When they contacted HFH, they were told that any group of five people or more would need to pay $100 per person to cover the costs of supporting their volunteers on site. Faced with a potential charge of $1,500 for her group, the mother in charge balked – and went to the press.  10News then reported:

The non-profit group's leaders said building materials are getting more expensive amid the looming threat of losing redevelopment funds.
"We have to be creative to find ways to increase funding," said Marek.

This year, 22 homes will go up. The group plans to increase that number to 35 in 2013, but that will cost money. The group compares the new policy to various run-walk events that also charge.

One teen said she doesn't buy it. She said the run-walks are fun and meant for exercise, not for manual labor. "This is morally wrong," she said. "I'm already doing labor. I'm doing the work. I don't understand why I'm paying for it too if it's something I can't afford."

The website with this article permits readers to comment and so they do. But we went directly to Habitat For Humanity International (HFHI) to understand policy.  Our contact at HFHI did some in-house research and responded this way in an e-mail:

I have followed up on this, and it is my understanding that San Diego Habitat for Humanity continues to have an open-door policy for all members of the public to volunteer on Habitat building projects, and the gift of labor provided by these dedicated volunteers plays a crucial role in helping to make affordable housing possible.

So the charge is defended for large groups because accommodating such numbers adds to the “overhead” of building the house. But isn’t the overhead itself kept low by deploying volunteer labor as a principle of Habitat?

Coincidentally, Susan was scheduled to do a day of training one week later at the HFHI conference, and so further discussed the matter with the 50 participants in her session.

Before going any further, we want to emphasize that while this particular incident focuses on HFH, the issue at stake here applies to a whole host of organizations. And this is an issue that has often been debated by volunteer management professionals. If you belong to either UKVPMs or CyberVPM, you can search past messages using “charging volunteers” and read the string of responses. If you go to http://wildlifecaring.blogspot.com/2006/11/charging-volunteers-to-volunteer.html, you can read about a museum charging teens to volunteer and the reactions from volunteer program managers in wildlife organizations. Some of their reactions are simply to the size of the fees: “To help offset budget deficits racked up in the last two years, the civic-minded youths must pay $450 a year for the privilege of helping out at the museum, on top of a $65 annual family membership.”

Here are some other examples, ranging from possibly benign requests to volunteers to cover miscellaneous expenses to more serious requirements to pay for access to volunteering:

Yet another variation on this theme is threatening to withhold financial benefits if a person does not do some form of volunteer work. This came up very recently in England, where jobseekers have been volunteering at aretail store “after being told by job centre staff that they were likely to lose their Jobseeker’s Allowance if they did not do voluntary work.”  In a news story, Heather Allen, manager of Volunteer Centre Dacorum in that area, said:

"The voluntary work being done by these people is mainly stacking shelves. At best, that is work experience rather than volunteering. At worst, it is exploitation. When these unemployed people appear at our door, they are demotivated and they are volunteering only because they are afraid of losing their benefits."

First, of course we recognize that there are expenses involved in supporting volunteers. Perhaps if organization executives truly “got” that volunteers are not free, they might budget appropriately for predictable costs such as screening, equipment, training, and supervision. Passing on those costs to volunteers is a bit like saying to an employee, “We will pay you $500 a week, but withhold $25 for the cost of processing your paycheck.”  Or it’s like asking all financial donors to add an additional $40 onto their gift in order to contribute to the salary of the development officer who solicited that gift from them.

If the previous two examples sound absurd, maybe it’s time to question why we think it’s reasonable to “pass along” costs associated with supporting volunteers to volunteers themselves.

At the HFHI conference, one affiliate staff member gave this reason for charging groups for each volunteer day:  “We have found that when we ask for a per-head amount of money, the volunteers tend to show up more often than when we simply schedule them for nothing.”  We suspect every reader resonates with this observation. It is indeed an irony that, no matter how devoted we are to volunteering, it is true that what is offered for free is frequently not taken as seriously as something that has a financial cost, no matter how small. That’s why we fight against promoting “free” public workshops; even a token reservation charge of $10 generally assures higher attendance by those who registered.

But shouldn’t the response to this reasoning be to charge people who say they will come to volunteer and then do not turn up?  That would show faith in people’s promise and penalize those who made the organization prepare for nothing.  Charging those who do give their time and energy seems like charging the wrong people.

One of the basic control questions in volunteer management is the simple and classic: How do we handle this issue with paid staff?

For the most part, requiring the staff to finance things such as training and background checks is something you would rarely, if ever find, as would failing to reimburse them for other work-related expenses. And imagine the reaction of paid staff in a museum, for example, if they were told, “I’m sorry, but before you can enter the museum to start work you have to join and pay a membership fee.”

Steve would be willing to pay money to sit in on a senior staff meeting where the development director spoke boldly up and announced “I’ve got a great new revenue idea: Let’s charge the staff to work here!”  If nothing else, you’d quickly discover how many of the paid staff loved their work as much as the volunteers.

But deciding to charge volunteers when you would never charge paid staff says an interesting thing about the real philosophy of an organization when it comes to valuing volunteers. One of our favorite pieces of management wisdom is that, if you want to know what an organization really believes in, read its budget not its PR materials. An organization that views volunteers as a revenue source and not as an asset in which to invest clearly broadcasts its true beliefs about the worth of volunteers.

The root of most of these we-need-to-cover-the-costs-someway charges to volunteers is poor fundraising or, rather, inappropriately merging of fundraising and volunteer development.

Both of us believe that volunteers can and should be asked to give a financial donation to an organization at some point in a year – but always with clear acknowledgement for their valuable contribution of time and talent. The solicitation becomes one of “we would be remiss if we did not give you the opportunity to also give a cash gift.” But the tone always has to be that this is something voluntary, over-and-above the already generous sharing of the volunteer’s time throughout the year. (Note that we also strongly believe that financial donors, in turn, should be invited to volunteer once in a while, too, also to recognize that they have skills beyond writing a check.)

What should be avoided is the image of paying to volunteer. There is an inherent unfairness to this concept because the costs of supporting volunteers should be borne by the organization as a cost of doing business – particularly as the money expended on such things as screening or supervision is leveraged so dramatically into many more multiples of service received. Volunteers already stretch the budget beyond what it could otherwise purchase. Where is the logic, then, of charging those same volunteers for their own support?

Leaders of volunteers must advocate for budgets that reflect the actual expense of engaging volunteers. Every fundraising proposal sent by an organization should include a line item for volunteer support, just as it includes a request for money to cover employees and their benefits, or the purchase of needed services and supplies. Then each new project or activity has planned for including volunteers – and doesn’t have to scramble at the last minute to cover reasonable expenses for volunteers. If, in the end, volunteers themselves are asked to be the source of that money, the wrong amount of funding was sought from the donor or grantmaker.

The HFH staff also explained that they want the public to understand the true cost of building their houses. This is legitimate, as is the idea of talking to a large group (a corporation, a collection of churches, etc.) about, in essence, “adopting” a house in its entirety. In this scenario, the group accepts responsibility from the beginning for both raising the money needed for building supplies and giving volunteer time to do the construction. It is then up to them to determine whether, for example, the company gives money and the employees give time, some employees or members do fundraising events while others do the on-site building, or other divisions of responsibility. This is quite different from “paying to volunteer.”

But, what the heck, Susan and Steve are both dinosaurs from an older time when things were possibly simpler. We may be out of touch with the new “business” mentality that seems to have overtaken us.

So we have a simple proposal for any organization that charges volunteers – based on the well-accepted business proposition that if a business wants customers to pay, you have to give them something of value in return. And our suggestion of “something in return” is that a substantial portion of the money that is raised from fees to volunteers be dedicated to improving the volunteer management practices of the organization. If the volunteers are going to be asked to pay, then let them pay for things that directly affect their volunteering.

We believe this is something volunteers would be more than happy to pay for, especially those in organizations that don’t have an adequate budget for the volunteer program or don’t invest in resources to provide for a good volunteering experience.

We even know a few paid staff people in some organizations who’d love to make the same kind of deal for themselves.